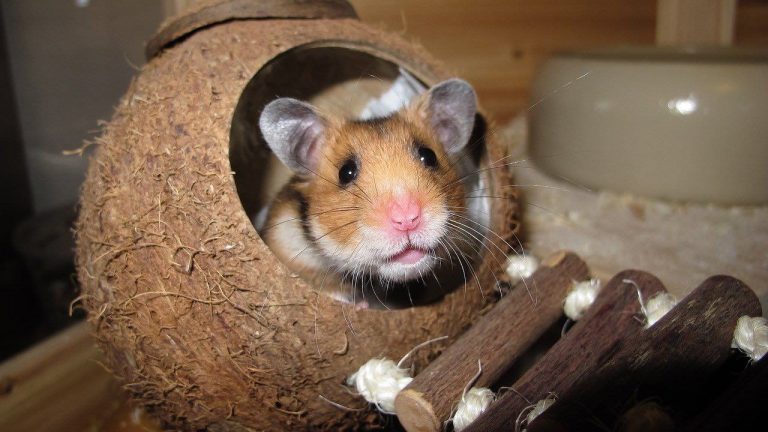 You can hear the call late at night.

The call drifts into the town square at the Victoria capital situated in the booming bitcoin African nation known as Seychelles. Influential, connected people keep their windows open, waiting for the coconut call. It’s the only country in the world where bitcoin enthusiasts can trade coconuts for bitcoins. Or so we’re told.

So leave it up to United States regulators to mess up a good bitcoin thing. What’s wrong with you people?

So how did this latest fiasco develop? As with many things bitcoin, welcome to another episode in the bitcoin twilight zone.

On October 1, 2020, the US Department of Justice indicted the BitMEX exchange and its merry roundtable of crypto-traders for alleged money laundering. Thrown in were charges alleging a violation of the US Bank Secrecy Act (BAS).

Other charges are mentioned, but these alone are enough to get the accused splitting mountains of coconuts for years in federal prison. We can be assured that BitMEX’s alleged crimes will not be paid with tropical fruit.

As a result of the indictment, BitMEX CTO Samuel Reed was rousted out of his warm bed at his million dollar Massachusetts mansion and required to do the cringing, cuffed perp walk – in pajamas -to a waiting federal black SUV.

After the ceiling fell and the floor caved in from the indictments, Chainalysis hoisted the storm flag and warned everyone that BitMEX was a “high risk exchange.”

The storm flag warning started a bitcoin stampede to exit the derivative exchange. All told, bitcoin market watchers estimated that BitMEX customers withdrew $340 million of bitcoins out of the exchange the next day. 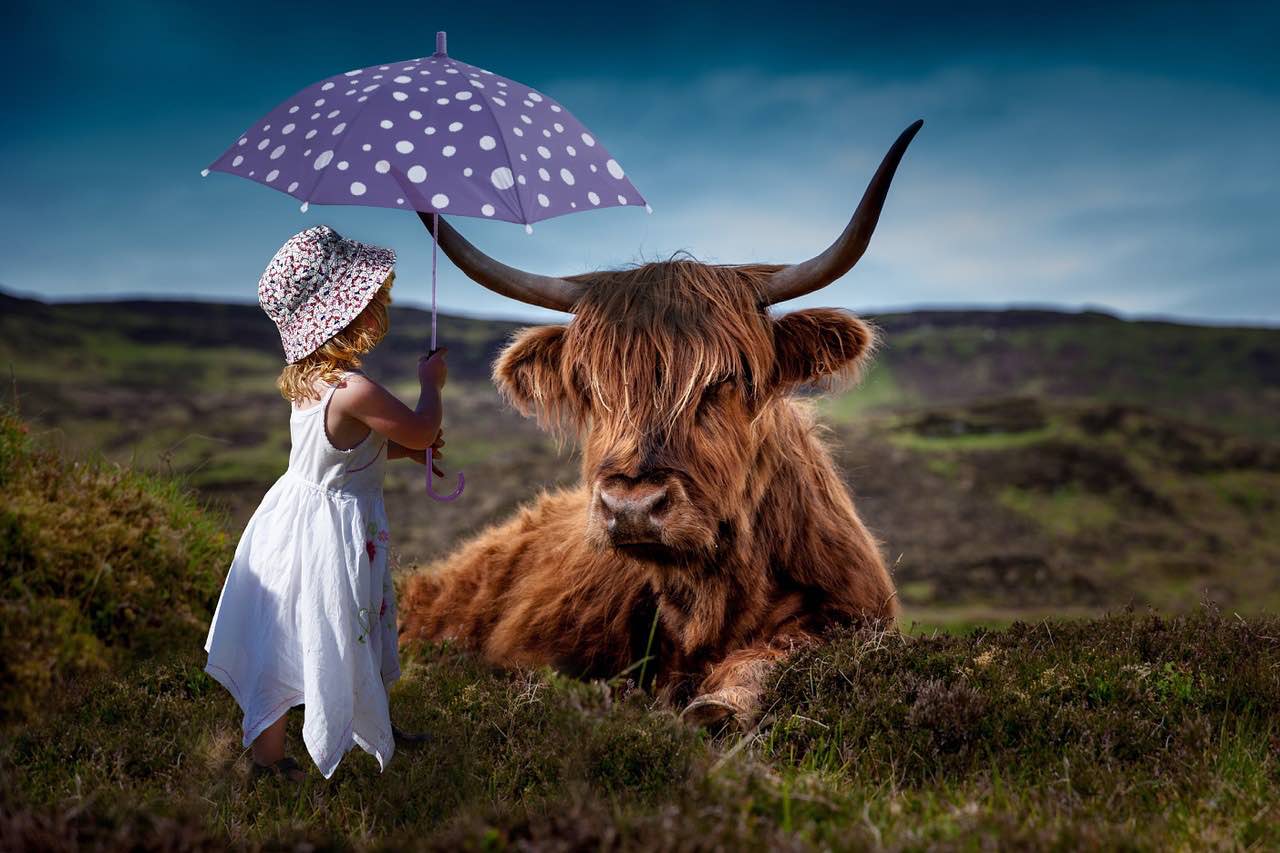 Apparently, the FBI has a “holy cow” recording from one of the BitMEX defendants. In that recording, a defendant bragged that the BitMEX commandery set up in Seychelles because the jurisdiction was outside of the reach of US regulators and that bribing Seychelles’ officials cost “just a coconut,” according to FBI assistant director William Sweeney Jr. Holy cow!

We do know, though, that it will cost more than a coconut to get out of this bitcoin mess.

US regulators are apparently hopping mad that BitMEX refused to initiate anti-money laundering procedures at the exchange. To make the defendants’ pickle worse, US government officials said that BitMEX allowed US customers to use the exchange, despite a formal ban.

In sum, we have evasion of anti-money laundering requirements and violations of the Bank Secrecy Act. These charges will act as legal hammers that will be used to pulverize all the BitMEX defendants.

On October 8, 2020, Vivian Khoo, COO of 100x, the parent company of BitMEX, assumed the reins as CEO of BitMEX. David Wong, the group chairman at 100x, promised to implement a verification program for BitMEX users and said that “It is business as usual for us…”

Which brings us to the million dollar question of what is business as usual on Seychelles? The answer should be mildly interesting. At the least.

An Enticement for Villains

Combine elements from the movies “Mary Poppins” and “Pirates of the Caribbean” and “Goldfinger,” and you’re getting darn close to what Seychelles is. It all depends upon your social strata and what you plan to do while on the island.

It’s a cute and charming island with enough rough edges to make it enticing for villains, according to US regulators.

Tourists see it as a tropical paradise with some of the finest beaches in the world.

However, the mainstream press and governments outside of Seychelles typically describe the island as a magnet for various rogues, including tax dodgers and money launderers.

The shelters, though, are for everyone.

The Russians set up shell companies, as do the Saudis, and the Americans, and the Chinese. Even diamond mines use shell companies. Think of Seychelles as Delaware, but with no snow and plenty of coconut trees.

(The state of Delaware is a magnet for setting up corporations in the United States. In its most simple terms, the state offers special rules and courts that are favorable toward corporations. Seychelles acts in a similar manner by offering a favorable environment toward businesses.)

Seychelles offshore havens qualify as some of the best in the world. Regulators in the US allege that for a price, one may set up shell companies to hide vast amounts of money. 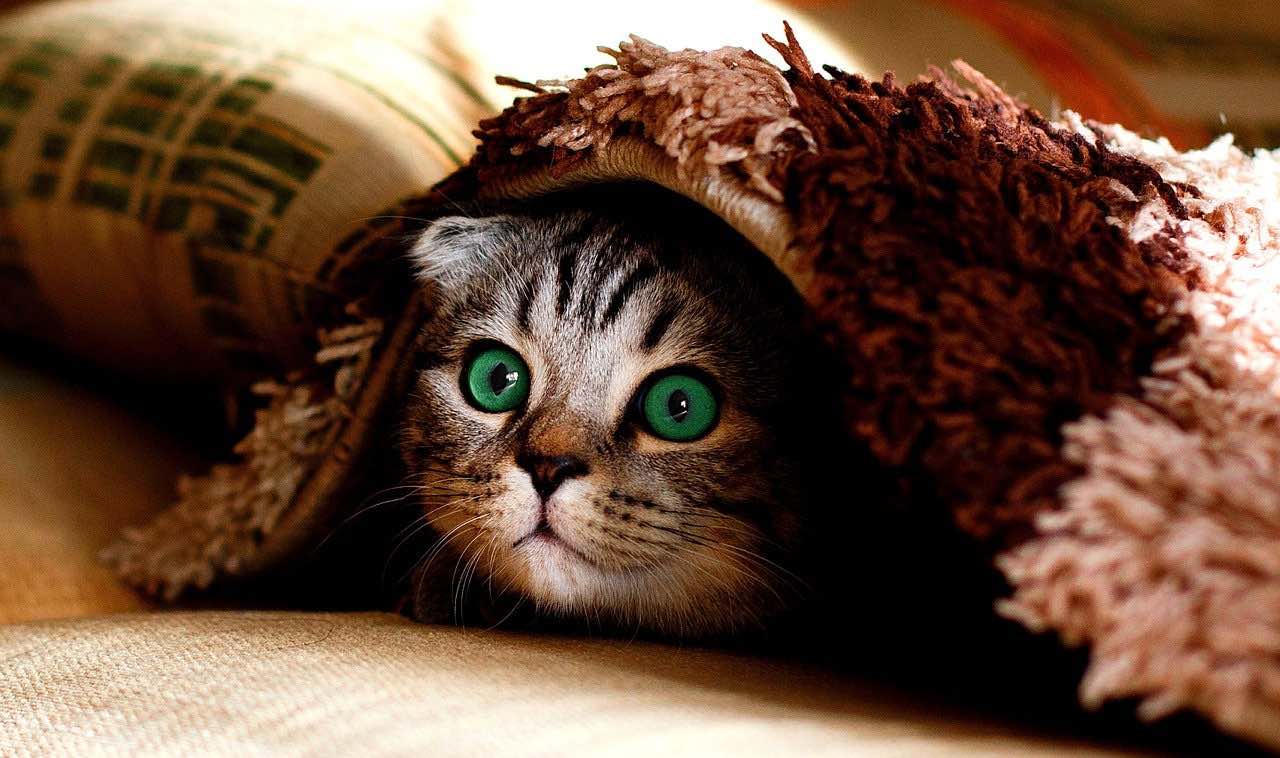 According to US regulators and critics of Seychelles, shell companies in Seychelles are established to hide identities and money.

Wikipedia defines shell companies as “a vehicle for business transactions without itself having any significant assets or operations. Sometimes, shell companies are used for tax evasion, tax avoidance, and money laundering, or to achieve a specific goal such as anonymity.”

Shell companies can build financial labyrinths by setting up companies inside of companies. If a company’s ownership is traced to Belize, it might be owned by a company in the Cayman Islands. Maybe. The idea is to create a paper trail that meanders around the globe and becomes untraceable. The game Whack-a-mole comes close to describing the shell company business.

These business structures help take advantage of the “international tax system.” That can mean anything, including tax avoidance.

None of this should be construed as inferring that Seychelles or BitMEX is involved in illegal activities. That will be the job of the US Justice Department to prove. Shell companies may be perfectly legal. For example, Apple has set up a shell company to take advantage of foreign tax codes. Shell companies are legitimate business strategies until some government says it’s not.

The business of shell companies has made Seychelles the richest country in Africa. How did all this happen? 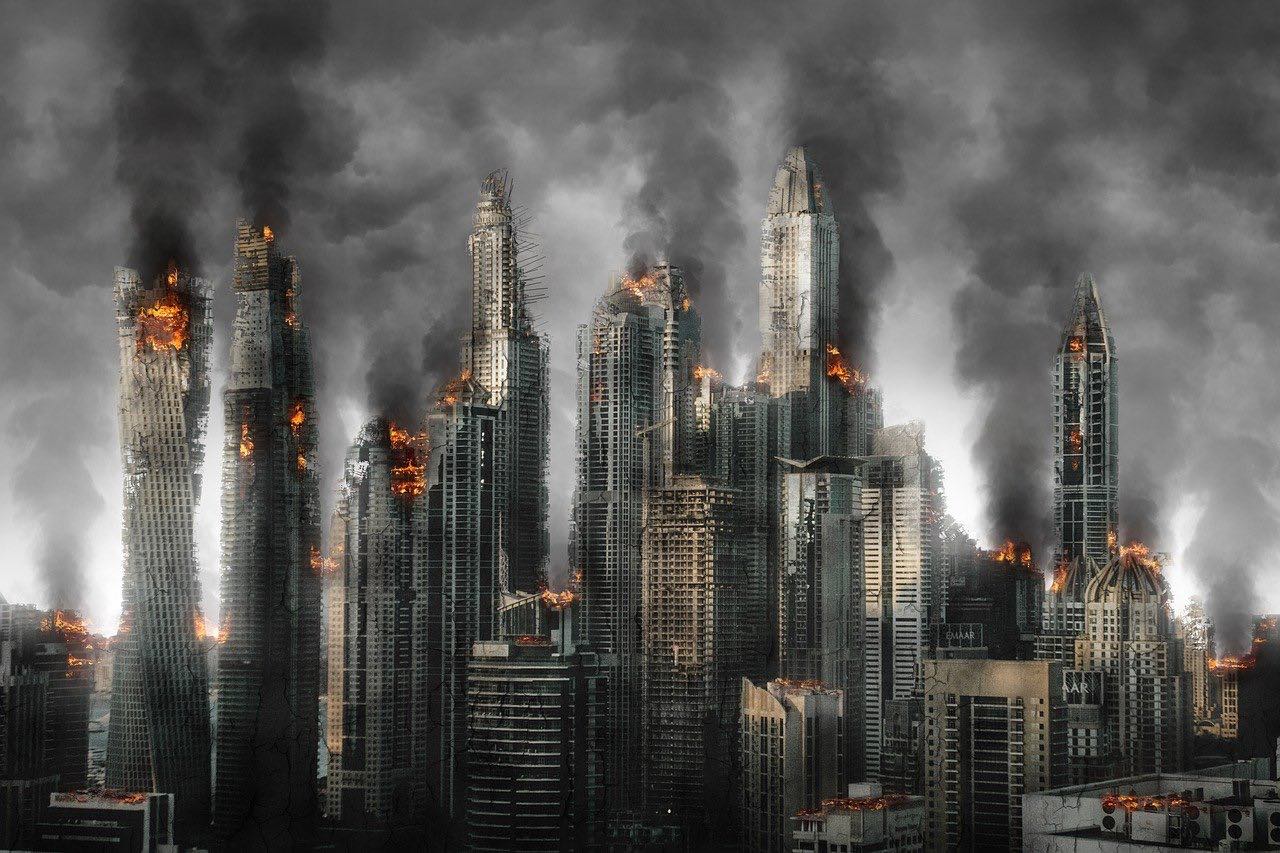 This, of course, set the stage for African mercenaries to instigate a coup to overthrow the first freely elected president and set up a socialist president. That led to establishing Seychelles as an offshore financial center. It became known as the world’s first socialist tax haven.

That brief history brings us up to today and the indictment of BitMEX by the US Department of Justice. Seychelles, although it is recognized as a sovereign government, will do next to nothing to defend BitMEX and its status as an incorporated business in the country.

Seychelles has no army or navy to defend itself. Countries like the United States, Russia and Britain do. Thus, Seychelles will be more interested in defending its status as an offshore business shelter, because that’s where the money is. The Seychelles strategy to defend BitMEX can be summed up in two words: BitMEX Who?

From Arghh to Hail Mary in Under 30 Days

With the abandonment of BitMEX by Seychelles, that meant that the exchange had to come up with a number of effective Hail Mary passes in an effort to lessen the impact of the justice department indictments. BitMEX’s scheme to play pirate and flaunt US banking and anti-money laundering requirements fell apart with the indictments.

Thus, your scowling face and tracking number are now on file at BitMEX for perusal by the US Justice Department.

BitMEX has also hired a compliance chief. His job is to launch thousands of “I’m sorry” balloons in hopes of pleasing the Washington regulators before the trial begins.

But is it enough to save the knights at BitMEX from a 10-year career of cracking coconuts at a federal farm?

Should BitMEX Be Punished? 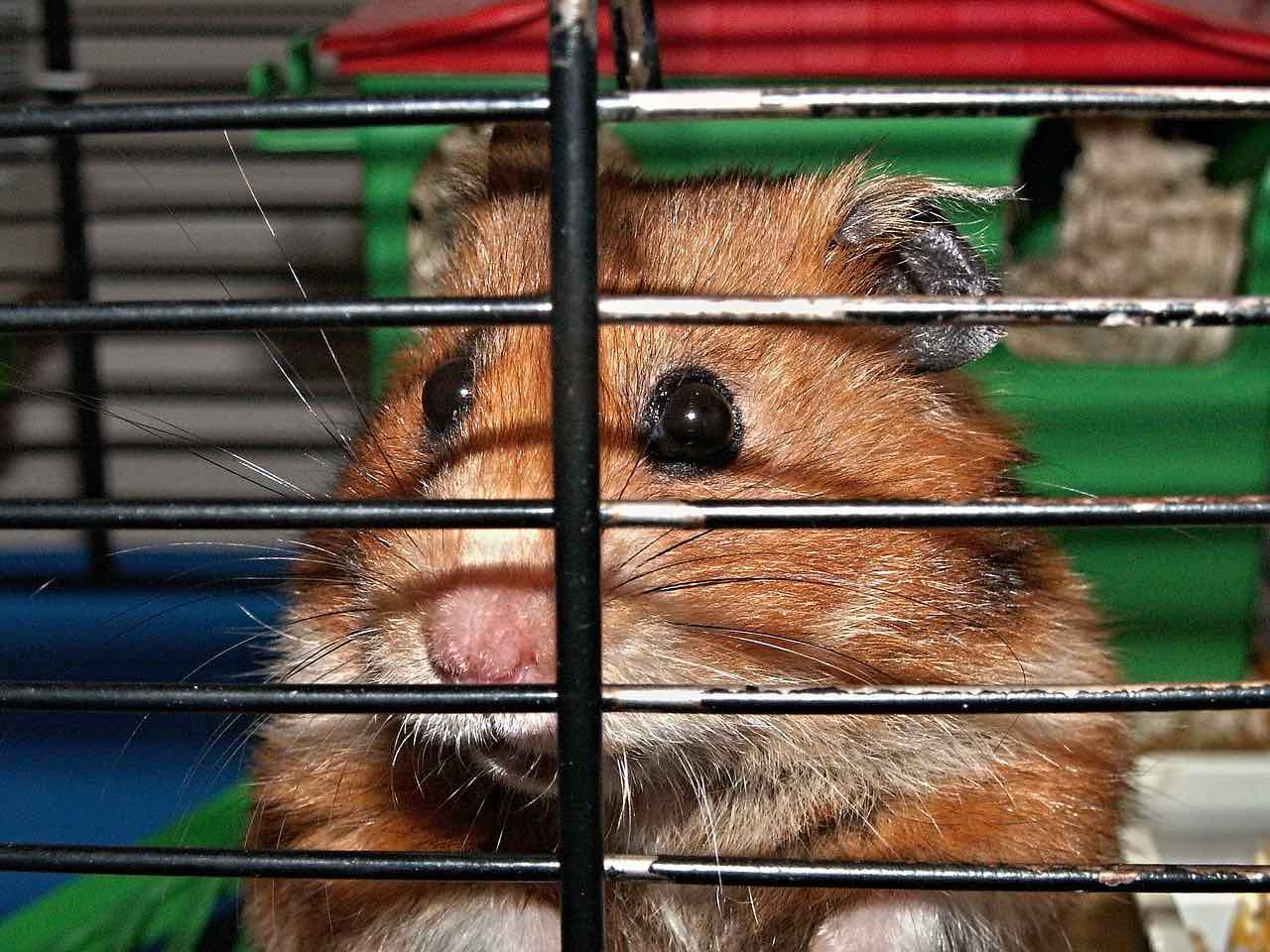 There’s no doubt that BitMEX should suffer some type of punishment for not telling the bitcoin community about the coconuts-for-bitcoin scheme. What a sweet deal. Buying a futures contract on a boatload of coconut  would have us swimming in bitcoins.

Seychelles is a pleasant tropical paradise with fabulous beaches and smiling people. We could have all rented a seaside cabana and raked in piles of bitcoins for ship loads of coconuts waiting off shore. It was another missed opportunity for bitcoin traders.

Meanwhile, Arthur Hayes, the brilliant author of the coconuts-for-bitcoin scheme is missing. 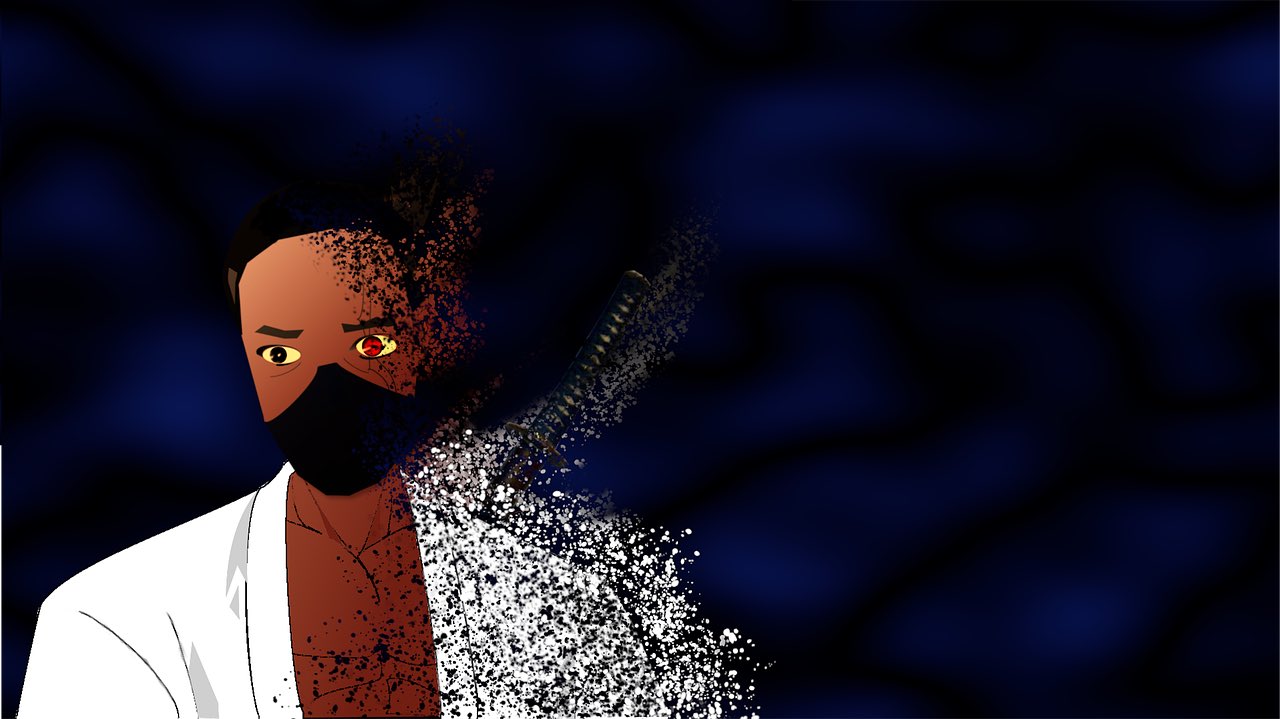 The rumor is that Sir Knight Arthur Hayes, a co-founder of BitMEX, is ensconced in Hong Kong with his coconuts and bitcoin.

It looks like Hayes won’t be facing a US magistrate anytime soon. As a legal resident of Hong Kong, Hayes will be seeking some measure of favorable treatment from Hong Kong authorities. That wishful thinking, though, is certainly up in the air as the Chicomm authorities are in the process of hunting down and jailing various residents.

In addition, the political turmoil in Hong Kong has forced the United States to suspend its extradition treaty with the former British colony. In the US, Hayes is facing two felony counts that could earn him 10 years in prison. That means that Hayes may be safe from the US justice department, but he could find himself facing Chinese justice.

The phrase out of the frying pan and into the fire may apply here. It should be noted that there’s no indication that Chinese authorities plan to charge Hayes with any violations of law.

For what it’s worth, Hayes has earned himself glowing coverage by the mainstream press. Hayes is described as movie-star handsome and fabulously wealthy. He’s also been festooned with the dashing titles of “pioneer” and “maverick.” With all these laudatory adjectives and nouns attached to his armor, he will be assured spotlight coverage by the worshipping media, which means that authorities will tread lightly to avoid offending his damsel allies in the press.

This coconuts-for-bitcoin tale certainly earns this latest bitcoin adventure as one of the top cryptocurrency stories of 2020.

The story has pirates, gunboat diplomacy, swashbuckling traders, tropical island luxury and an outlandish narrative of trading coconuts for bitcoin.

Hey, Johnny Depp and Disney, are you watching?