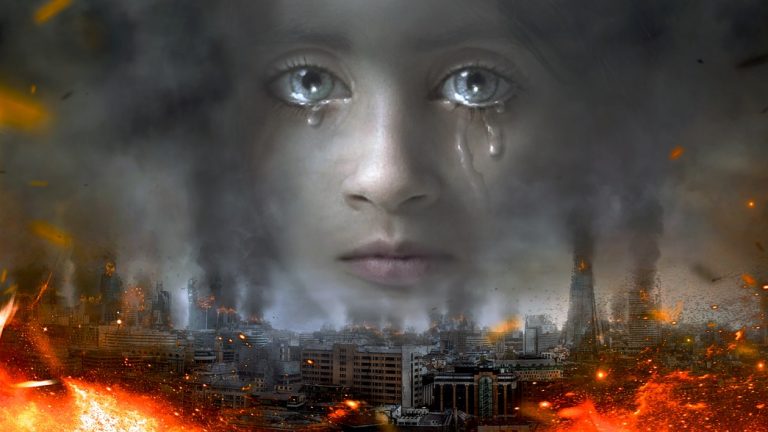 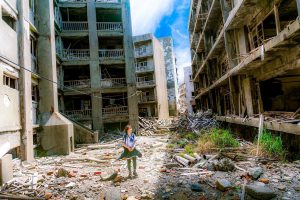 Bitcoin as a safe harbor during economic turmoil was effectively bombed into rubble during the month of March. As the markets were first hit by the oil futures fiasco, followed by the Kung flu panic, Bitcoin emerged from the debacle bloody and badly mangled.

Investors found that there was no place to sail into any safe harbor in early March, which was especially true for Bitcoin. Bitcoin fell to $3,800 before clawing back to the $5,000 mark early in the month. The price drop sobered many bitcoin bulls who considered Bitcoin digital gold.

With stocks crashing, interest rates falling and the price of a gallon of gas under $2, people look for safe havens to park their wealth while the world burned.

Gold, for example, stood as a safe harbor when markets burped. People dumped their money into the precious metal to ride out the storm. Cryptocurrency bulls had hoped that Bitcoin would emerge as another safe haven for investors. Alas, that hope was never realized as Bitcoin fell into the abyss along with stocks, bonds and precious metals.

Bitcoin, unfortunately, offered investors one of its most disappointing performances in history as it fell from nearly $8,000 to below $4,000 in March. 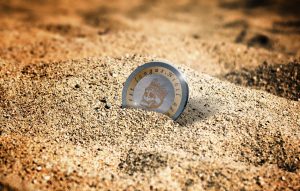 Fortune magazine blamed Bitcoin’s youth as a reason why Bitcoin failed to act as a safe haven. That youth or newness means that Bitcoin hasn’t been around long enough to earn the coveted title of “safe harbor.”

The coin is viewed as speculative and even somewhat dangerous by a majority of investors. As a risky asset, investors simply are not willing to trust Bitcoin now as a safe haven. It’s too much of a gamble. Select stocks, bonds, gold and cash are still the top safe havens when markets go bonkers.

Nonetheless, Bitcoin cheerleaders are somewhat buoyed by the coin’s future possibilities. They point to gold’s 32 percent dip in the 2008 financial crisis, before it rallied handsomely in subsequent years.

On the other hand, Fortune quotes Peter Schiff, awarded the title of “clueless Bitcoin no-coiner” by cryptocurrency boosters, as stating that Bitcoin is “nothing.” He equates Bitcoin as “a way to gamble.” The fall of cryptocurrencies in March led Schiff to state that Bitcoin was “positively correlated to risk assets like equities and negatively correlated to safe haven assets like gold.”

Bitcoin enthusiasts keep hope alive for Bitcoin as a safe haven due to the coin’s ability to be seizure resistant. The coin also is resistant to inflation. And it can serve as money if the confidence in fiat is lost by the public. 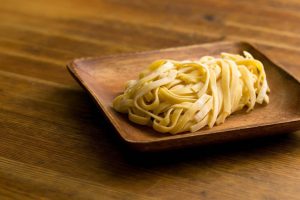 In a sense, Bitcoin was subjected to a trial by fire to earn the title safe haven. All the elements necessary to create a zombie-like apocalypse popped out.

The beserkers in media spit out gloom and doom rants by the minute. Bolshevik governors and mayors issued more dictates than Mussolini waiting for a train. Quacks and traveling carnival barkers searched out any open microphone to scream that we were all gonna die. It created the perfect storm to test Bitcoin as a safe haven, and it failed. One market analyst placed bitcoin’s risk factor up there with roulette.

Some analysts reminded everyone that Bitcoin doesn’t really exist outside of the financial markets. Plenty of investors bought Bitcoin as a hedge. When margin calls on equities were triggered in March, it made sense for investors to cash out bitcoin positions to cover their bets in the stock market. It follows, then, that both equities and Bitcoin could simultaneously crash. Even gold, widely recognized as a safe harbor, fell in value in early March.

As the dust clears from the March crash, market analysts are warning that Bitcoin is not yet a safe harbor. However, if Bitcoin soars in the coming months, bet your fiat that Bitcoin will be looked at anew as a safe harbor. Until then, add to your emergency Ramen noodle stash, and pay your electric bill so you have a means to boil the bloody things.